Some helpful books on the Doctrine of the Trinity by Pastor Rudolph P. Boshoff

“For many Christians the Trinity has become something akin to their appendix: it is there, but they’re not sure what its function is, they get by in life without it doing very much, and if they had to have it removed they wouldn’t be too distressed”.[1]

Parry’s quote seems to be normative whenever I hear people talk about their understanding of God. But recently, I was invited to give a short talk at a welcoming Reformed Church, and to my surprise, the people were hungry and open to talk about their understanding of the Triune God. In conclusion to our discussion, I realized that even good Christians sometimes find it challenging to articulate the Doctrine of the Trinity and defaults to either modalism[2] or tritheism[3]. I suggested a blog post that would help anyone in their diction of this subject, reflecting on at least five essential books that will help in understanding this cardinal Doctrine. So, here are five books and my short explanation of how they will help you.

1). Delighting in the Trinity by Tim Chester

Tim Chester wrote a beneficial book that will allow the reader to get some Biblical proximity on this topic. Chester’s book has three parts: First, Biblical Foundations – Here, he looks at the Biblical evidence for God’s unity and God’s plurality. He defines these two points with ease and concludes with an example of the work of the Triune God at the Cross. 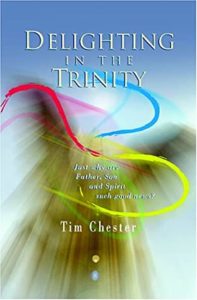 Secondly, Chester gives a short synopsis on the Historical development from the 2nd to the 20th Century. Now even for those who find historical reading a bit difficult, Chester explains critical issues surrounding this Doctrine and blends it well with central historical figures, which makes it very a very enjoyable read.

In Chester’s third part of his book, Chester looks at four practical implications of this Doctrine and why it matters. Chester shows that the Doctrine of the Trinity is essential to the Christians’ understanding of revelation, salvation, humanity, and their mission.

Overall, I would highly recommend this book as it is a welcome introduction where to start when looking to see the progression and articulation of this Doctrine.

I know what you are thinking, yes, it is because James White is your friend. But honestly, I will wholeheartedly recommend this as a must-read for any Christian that is seemingly trying to find some understanding of the Critical issues when we articulate and explain the Doctrine of the Trinity. What I enjoy about the book is that it starts with the 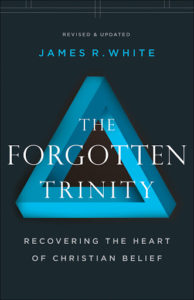 “what” question surrounding the Trinity. It then progresses to explain the Doctrine from a Christological perspective.

James looks at the Prologue of John and then central passages like the Carmen Christi. The book attempts to give a classical explanation of the Person of the Holy Spirit and ends well with a historical grounding of this Doctrine. The book’s last chapter, “Does it matter? Christian Devotion and the Trinity.” It is merely the perfect conclusion I have read to any book on Doctrine. Buy it, read it for yourself. Especially if you are wavering about the credibility of this Doctrine and the implications of it. There is a new updated version that I have not read yet, but apparently, there is even more added to the content that will be extremely helpful to the reader. 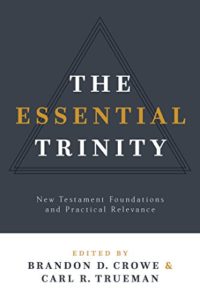 If you are a novice reader, you might ask why I would suggest this colossal 300 + page book. This book will give you both a clear deduction and application from the Christian Scriptures. The book has two beneficial parts.

The first part focuses on the New Testament foundations of the Doctrine, starting with the Gospels, progressing to Paul, the book of Hebrews, and then the General Epistles. These chapters are essential for the reader and will allow them to describe and give apt proximity to this Doctrine. The book also contains two exciting chapters on the book of Revelation and the Book of Daniel’s influence on the author as well as the concept of “presence” or “imposition” from the Old Testament.

The second part of the book gives another four practical implications for the Doctrine of the Trinity. It looks at how this Doctrine explicates prayer, revelation, worship, and preaching. Like I mentioned before, this is a bit more of technical reading, but it is undoubtedly a good primer helping the Christian to find some proximity when it comes to the Doctrine of the Trinity.

Ware starts in his first chapter to describe the importance of the Doctrine and then proceeds to another historical view on the topic. If you have worked your way through the earlier reading, this might seems redundant but don’t glance over 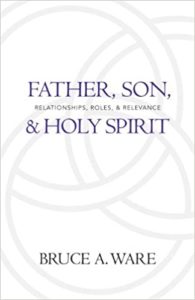 these chapters because Ware has his goal in mind, which is to show you the wonder of the Father, Son, and the Spirit in the sections after that.

In chapter six, Ware seems to look at the Triune persons as a relational community, and this adds significant value to the Christian’s overall understanding of how the Three negotiates the One. Even though there has been a lot of criticism concerning the social view of the Trinity, I think Ware creates a helpful analogy to show both the necessity and practicality of this Doctrine. Again, a very understandable and enjoyable read from Ware.

5) The Trinity Hurdle: Engaging Christadelphians, Arians, and Unitarians with the Gospel of the Triune God by R. Sutcliffe

It is no secret that, for some, the Doctrine of the Trinity is not an undisputed fact. Some people withstand it, and others abhor it. So, it will not be fair if I do not include a reading that deals with some of these concerns. Sutcliffe’s book points to numerous misconceptions about the Trinity and is quite helpful for one’s self-education. In chapter one, at the concept of ‘oneness,’ Christians hold on to trying to explain the unity of God. 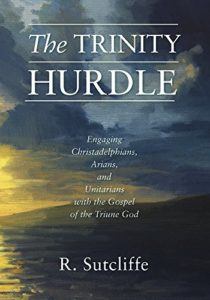 The author moves to the Divinity of Jesus as pointed out in both the Old and New Testament with the assumption that Jesus was pointed to be Divine and co-equal with the Father, yet, he was not the Father. Therefore, the implication is that there was more than one ‘person’ sharing the being of God. The author then sets out to show that the Holy Spirit is another revealed person in the Scriptures that are different from both the Father and the Son. Sutcliffe then looks at the ‘Threeness’ of this One God defining, showing that there are complexity and a manifest unity evident in the divine and ends on the implications of this Doctrine for atonement and salvation.

These books are not too technical or difficult to read, and they are not badly priced as well. If you have a desire to grown in your apprehension of this central Christian Doctrine, these books will be a welcome read in your pursuit of doing so.

[1] Worshipping Trinity: Coming back to the heart of Worship.

[2] The theological Doctrine that the members of the Trinity are not three distinct persons but rather three modes or forms of activity (the Father, Son, and Holy Spirit) under which God manifests himself.

[3] The Doctrine of or belief in the three persons of the Trinity as three distinct gods.