Oftentimes our brothers and sisters in Christ would think that an English Bible translation is all they need for defense and proclamation of their faith and while this is true in the greatest majority of the cases,there are times when we have to look back at the original languages for a definitive refutation of the opposing views.
The verses I will be looking at in this article are: John 1:1,John 17:5,Philippians 2:6-7 and 1 John 5:20.

John 1:1.
At the beginning of John’s Gospel,we see an amazing intro,about how Logos,the eternal Creator-God,became a man,like us. However,some,like the Restoration Fellowship group of Sir Anthony Buzzard,would argue that Logos did not exist personally,pre-incarnation,rather that it was merely in the mind of God and then that Logos,that concept,became a man,through the will of God.

We see that the verse says that Logos was with God,en pros ton Theon. Now this is where the problem for our Unitarian friends arises,en pros ton Theon,literally means “Face to Face with God”,”to be in some person’s company”, pros dictates and necessitates a PERSONAL relationship. Pros with the accusative shows intimacy and equality between Logos and Theos,thus,it cannot be supposed that Logos was not personal,for John clearly,begs to differ.

John 17:5.
In John 17:5,we find another,amazing confirmation of Jesus’ full and absolute,eternal existence. The verse reads: “Now, Father, glorify Me together with Yourself, with the glory which I had with You before the world was.”
In Greek: καὶ νῦν δόξασόν με σύ, Πάτερ, παρὰ σεαυτῷ τῇ δόξῃ ᾗ εἶχον πρὸ τοῦ τὸν κόσμον εἶναι παρὰ σοί.

Here,Jesus is claims that he had glory,with the Father,before world existed,showing that he is eternally God. However,some of our Unitarian friends,would argue that this is simply Glory in prospect,Glory in the mind of God,that is to be handed down to Jesus,not the Glory which HE had PERSONALLY,before the world was. 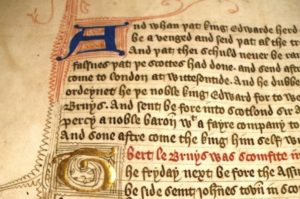 There are a lot of problems with this and it is a sign of utter desperation. First off,Jesus uses the word eichon,which means “I had,possessed,etc.” It is a PERSON possessing glory,pro tu ton kosmon,before the world was,thus even this refutes the Unitarian position here,but for a definitive nail in the coffin,we go a bit deeper.

The precise character of the glorification Jesus looks for is here presented. It is para seauto (with yourself (Father)), and it is a restoration to the glory He had enjoyed pro tu ton kosmon einai (before the world was). By para seauto it is rendered impossible to understand para soi (with you) of an “ideal” pre-existence; because these two expressions are here equivalents, and Christ cannot be supposed to have prayed for an “ideal” glory when He asked that God would glorify Him para seauto. Thus Jesus had to personally preexist for Greek used here dictates so.

I used this argument personally against Sir Anthony Buzzard,who is considered to be one of the most prominent Unitarian apologists in the world,who is also a Greek teacher,his response was to use Red Herrings to divert the topic and Strawmans to misrepresent your argument, finally,he had to say “Well this could still be wrong” without explaining why,showing again,utter desperation. He as a Greek teacher and a Unitarian knew very well that the argument is airtight. [1]

Philippians 2:6-7.
In Philippians 2 we see,perhaps one of the earliest songs of Glorification of Christ,Carmen Christi,as recorded by Paul. Philippians 2 is overfilled with Jesus’ deity but what I want to focus on here is the pre-existence of Christ as in the previous verses.

Philippians 2:6-7 reads: Who, although He existed in the form of God, did not consider equality with God a thing to be grasped,rather, he made himself nothing by taking the very form of a servant, being made in human likeness.

Our Unitarian (Christadelphian really) friends would argue that Jesus was not personally pre-existant,that he did not exist before his birth,and would interpret Philippians 2 in some other sense,in which Jesus is not the pre-existent God who took on flesh.

We see that before Jesus takes on morfen doulou (the form of a servant) he already exists en morphe theu (in the form of God) and BETWEEN these statements it says that Jesus oukh harpagmon hegesato to einai isa Theo (did not consider equality with God a thing to be grasped). So we have Jesus BEFORE he takes on the form of a servant and becomes a man,being able to consider something,further more,the chronology is simply overwhelming against the Unitairan position. After oukh harpagmon hegesato to einai isa Theo,it states: alla heauton ekenosen morphen doulou labon (rather, he made himself nothing by taking the very form of a servant). So in this we see that he is,en morphe Theou,being able to consider,but he DOES NOT CONSIDER,rather,while en morphe theou,takes on morphe doulou,by becoming a man,by becoming a servant  thus proving his full conscious pre-existence.
SO the “timeline” goes like this:
Jesus exists In the Form of God
Jesus is able to but does not consider his equality with God a thing to be grasped(the entire point of Paul’s writing here is to show the humility of Christ)
Jesus takes on the form of a Servant (i.e. Becomes a Man)
Thus the Unitarian position simply falls apart in this chapter of Philippians.

1 John 5:20.
Finally,In 1 John 5:20 we have another,amazing witness to the absolute deity of Christ. The verse reads:

We know also that the Son of God has come and has given us understanding, so that we may know him who is true. And we are in him who is true by being in his Son Jesus Christ. This is the true God and eternal life.

Unitarians would argue here that it is not Jesus who is the one called the True God and the Eternal Life,rather that it is the Father,but through the examination of Greek and the uses of specific words by John,we can easily establish that that cannot be the case.

There are at least 4 indisputable reasons to support our position.

2.The inclusio with 1 John 1:2 is overwhelming in this case,but first,what is an inclusio? In biblical studies, inclusio is a literary device based on a concentric principle, also known as bracketing or an envelope structure, which consists of creating a frame by placing similar material at the beginning and end of a section. John is known for his use of inclusios,for example John 1:1-1:18.
Here,and inclusio is formed between 1 John 1:2 and 1 John 5:20.
In the beginning of 1 John,it states-
The life appeared; we have seen it and testify to it, and we proclaim to you the eternal life, which was with the Father and has appeared to us.
-So in the beginning,Christ is called Zoe,Life,the eternal life,and at the end we have an inclusio in which also someone is called life,by inclusio,it is rendered impossible to understand the eternal life as the Father,rater it must be the Son.

3.This ties in directly with the last point,the word for “life” (Greek Zoe) is used of Jesus, but never of the Father. One of the most respected Greek grammarians alive today, Daniel Wallace writes, “Christ is also said to be ζωή (zoe) in John’s writings (John 11:25; 14:6; 1 John 1:1–2), an epithet nowhere else used of the Father.” [2]

4.Finally,the most devastating point to the Unitarian position,the usage of houtos,word for “this” (Greek houtos) is used of Jesus the majority of the time, but never used of the Father. Again, Wallace writes, “Of the approximately seventy instances in which οὗτος has a personal referent, as many as forty-four of them (almost two-thirds of the instances) refer to the Son. Of the remainder, most imply some sort of positive connection with the Son. What is most significant is that never is the Father the referent.” [3]
John NEVER uses the word This for the Father,always with Son in mind,yet 1 John 5:20 says THIS is The True God and The Eternal Life.

Thus,all we can conclude here is that the Unitarian position is utterly indefensible in the face of proper exegesis.