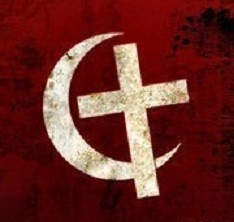 Interesting that some Muslim scholars agree that corruption of the text was rather the way the Christians interpreted the text rather than the text itself that was corrupted?They say:“the charge of corruption of the Biblical texts makes no sense at all. It would not have been possible for Jews and Christians everywhere to agree on changing the text. Even if those in Arabia had done it, the difference between their book and those of their brothers, let us say in Syria and Europe, would have been obvious…We believe that these Gospel accounts are the true Gospel.”~ Muhammad ‘Abduh (1849 – 1905), was an Egyptian jurist and religious scholar .“How could there be any alteration in the Book whose words’ sharpness has reached a great level of circulation in the East and in the West? … For no change can occur in
a book that is well circulated among men. Every wise man can see that the alteration of the Bible was impossible for it was well circulated among men of different faith and backgrounds.”~ Al-Razi (865 – 925). Pg.327 of his Third Volume“Contrary to the general Islamic view, the Qur’an does not accuse Jews and Christians of altering the text of their scriptures, but rather of altering the truth which those scriptures contain. The people do this by concealing some of the sacred texts, by misapplying their precepts, or by altering words from their right position.”“… both the Hebrew Bible and the N.T. took their final form long before the rise of Islam. The Qur’an speaks of both the Torah and the Gospel as in them is guidance and light. It calls on the two faith-communities to judge by what God had revealed in their Scriptures. It also speaks that both Jews and Christians altered words from their right places and had forgotten some of what God had revealed for them. This does not mean distorting, adding, and deleting of the Scriptures. Therefore, Qur’anic references to tahrif, or alteration, are more to interpretation rather than changing the texts.”~ Dr. Mahmoud Mustafa Ayoub. “Uzayr in the Qur’an and Muslim Tradition” in “Studies in Islamic and Judaic Traditions”, ed. W. M. Brenner and S. D. Ricks, The University of Denver, 1986, p.5“The ordinary Muslim people acknowledge that the Injil is the Word of God. Yet they also believe through hearsay (taqlidi ‘aqida) that the Injil is corrupted, even though they cannot indicate what passage was corrupted, when it was corrupted, and who corrupted it. Is there any religious community in this world whose lot is so miserable that they would shred their heavenly Book with their own hands, and then, after restlessly patching it with sackcloth, they must throw dust in the eyes of the people? True, some religious communities change the meaning (tahrif-i ma’nawi) of their Scriptures. To say that God has taken the Injil and the Tawrat into heaven and has abrogated them is to defame and slander God. It is to pour ridicule not only upon the Qur’an but upon all the Books. Abrogation always arises because of error. Laws of earthly kingdoms are abrogated because experience has proved that they are harmful. But God makes no mistake, nor does He lack experience.”~ Sayyid Ahmad Husayn Shawkat Mirthi“A significant point of tension between today’s Muslims and the ‘People of the Book’ (Jews and Christians) is the common Muslim belief that the Jewish and Christian scriptures that exist today are

corrupted and cannot be relied upon in any matters of faith, religion or law. Although this is a popular view, most classical scholars of the Qur’an were far more cautious in their understanding of Qur’anic texts on this issue. This article explores the Qur’an’s references to distortion of scriptural meaning and text, and the views of scholars, particularly Tabari, Qurtubi, Razi, Ibn Taymiyya and Qutb. Qur’anic words such as tahrif are popularly accepted today as referring to deliberate distortion of scripture; however, classical scholars have interpreted the Qur’an’s references in a number of different ways.Almost all suggested that distortion occurred mainly through interpretation and not in the text itself. Although the Qur’an refers to tahrif (distortion), it also exhibits the utmost respect for previous scriptures. Early Muslims adopted a narrow view of scripture, partly because of the nature of the Qur’an, and also in response to the more established religions of Judaism and Christianity, to assert the ‘purity’ of the Qur’an and Islam. Saeed notes that the Jewish and Christian scriptures that exist today are, according to most scholars, largely unchanged since the time of Muhammad and should be respected now as they were then.”~ Prof. Abdullah Saeed – The Charge of Distortion of Jewish and Christian Scriptures The Muslim World. Vol. 92, 2002.