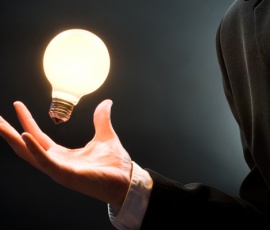 Recently I was greatly challenged by a young couple who were exploring alternative means to find a higher reality of God. In our dialogue the overwhelming ache I felt for this couple was that they truly desired a legitimate realization of god, and as a result they explored other tenets or streams. Hanna Rosin writes about such people and says “people write their own bible. They fashion their own God then talk incessantly about him. They commune with a new god; a gentle twin of the one they grew up with. He is wise & soft spoken; cheers them up when they are sad; laughs at their quirks. He is, most essentially; validating; like the greatest friend.” It’s also very noteworthy to see that in today’s day and age we are living in a very spiritually hungry atmosphere. New age gurus and motivational speakers flood the airways and keep on telling us how to attain true enlightenment. George Gallop said “it the focus of the twentieth century has been on outer space, the focus of the twenty – first century may be on inner Space.”
Different views on Spirituality:
In the first century Jesus was also born into a very spiritually starving age. To Rome Caesar was God and to the Jews Yahweh. As a result Jesus was faced with a few views from different factions.
• Some saw Spirituality as:
1. Separation or Isolation – They believe that genuine Spirituality can only be lived away from any worldly lures or pressures. They choose to withdraw from the Public Square and normal society. They long to live in their own little Christian Cul-de-sac with no relation to the world. In the 1st century there were people who lived like this whom we called the Essences. The Essences was a desert community who lived very simple and austere lives in remote or barren areas like Qumran. On the North-West edge of the Dead Sea, where the Dead Sea scrolls w

ere hidden in caves and found in 1947. They sincerely believed that True Spirituality were to be found through separation without any relation to any Nation. It was to be found in a cave, but they never found it.
• Others sought Spirituality in terms of:
2. Legislation – For them Spirituality is a key by doing a long list of do’s or don’t that’s not found in Scripture. It’s called legalist’s. Law was a preparation for them to find favor with God and man and to appear better. In the 1st Century we had people who dearly held unto these law’s and wanted to see how far others were living from it! They were called Pharisee’s. They were not only focused on the Law of Moses but also constructed a few of their own little law’s that dictated how to be acceptable to God. They of cause never found it as well!
There was others that also saw true Spirituality as:
3. Sophistication & Moderation. – They thought Spirituality was to be tolerant or co-operative with the world. In the 1st century there were also people who lived this way and they were called the Sadducees. These were largely people with wealth and position and prestige in the community. Rather than removing themselves from the community they tried to be as relevant and close to the world’s values and system they could be. They were the liberals of the day who modified the scriptures and discounted the supernatural and tried to live a life with one foot in the world and one foot in the Church. They too never really found Spirituality. In fact all they ever found was worldliness.
• Still others sought to find Spirituality in:
4. Revolution – They had a total disregard for the establishment of the day and their objective was to constantly overthrow all social order. They mistake it for Spirituality and wanted totally discard anything that has led up to the present and simply want to go their own way. In the 1st century they were known as the Zealots. They were fanatical in their nationalism. They thought Spirituality was centered in radical activism to overthrow social order including the government.

Your faith and Spirituality is only as good as the person it is placed in. True Spirituality is internal not external. It is personal not corporate. It is spiritual, not physical. It is a divine work in the heart not a human
result through human effort. It is grace motivated and grace produced. In Galatians 5 Paul gives us a glimpse of what it means to walk in true biblical spirituality.

He wrote “22 But the fruit of the Spirit is love, joy, peace, patience, kindness, goodness, faithfulness, 23 gentleness and self-control. Against such things there is no law. 24 Those who belong to Christ Jesus have crucified the sinful nature with its passions and desires. 25 Since we live by the Spirit, let us keep in step with the Spirit.

This is also obviously the reason Christianity is seen as the last avenue for true Spirituality! Lee Stroebel in his book “the Case for Christ” wrote “Why is Buddhism so popular today?” Asked Lee Stroebel in his interview with Dr Ravi Zacharias. “Because you can be good without having God. You can have a nice dose of Spirituality from 3-5 in the afternoon & then dichotomize your life once again & go on and live any way as you please – well, why not?” A [Spirituality] like that will have a lot of attraction!

1. The Essences were into Separation.
2. The Pharisees were into Legislation.
3. The Sadducees into Sophistication.
4. And the Zealots into Revolution.
In all of these factions not one of these groups came to the full experience or realization of true Spirituality. The reason was they were looking for a condition to fulfill their legitimate desire but God’s answer was rather a personality not a dormant Spirituality.
V/22 “But the fruit of the Spirit is…”
For to long have we treated the Holy Spirit as an impersonal force, a sort of “Casper the friendly little ghost”. The Word of Christ is all about Transformation. In the end of V/20 Paul makes it clear that “those who stay with the works of the flesh will not inherit the kingdom of God.” To the Hebrew mind this didn’t mean a place but rather “God’s way of doing and being right.” In V/22 the operative word is “but” almost a hint of “if you allow” in the Greek. Bruce Demarest wrote that in the early Church “conversion, the “new birth”, was just the beginning of a new pathway…. Christians of the past looked upon repentance & regeneration as just the beginning.”
Jesus makes it clear that only those “who persevere unto the end shall be saved.” (Matt 24:13) Paul says in Phil 2:12-13 “work out your salvation with fear and trembling…for it is God who is at work in our hearts and mind to do good.”
What is our part?

V/24 “Those who belong to Christ have crucified their sinful nature with all its passions.”
True biblical spirituality always starts with the posture of self-abnegation! Col 3 says “Set your hearts…set your minds….Put to death… Rid yourself… take off… Put on… Cloth yourself… forgive as… let the peace rule… let the word of Christ dwell… giving thanks.”
Authentic Christianity in my opinion is decreasing in the World, yet, here we see that Paul shows that we are not just to “put on” but to “put off” these carnal things that keep us from thriving before God.  Lee Stroebel relates the following story:
“Why is Islam so attractive to some?” asked Lee.
“Because of its geo-political considerations.”
“Why Hinduism?”
“It’s rich in philosophy & its tenet to treat the earth with reverence has some appeal today.”
“Why not Christ?” asked Lee.
Dr Zacharias answered “Because Christ asks to die to self.”
The world are obviously drawn more to the past of least resistance, the one that will cost them the least by paying the most dividends in return. It was true what A.W.Tozer wrote “what comes into our minds when we think about God is the most important thing about us. History of mankind will probably show that no people has ever risen … or been greater than their idea of God.” Paul then gives us the next caution:
V/25 “Keep in step with the Holy Spirit.”
Bruce Demarest writes “The real goal of spiritual training, or formation, is to produce a life that is being transformed from within and growing in the character of Christ.”

How can we “keep in step?” Dr Demarest suggests 6 things :
Have a Christ centered orthodoxy.
He writes “the early Church centered on this simple core affirmation, “Christ has died, Christ has risen and Christ will come again.” “Why is this so important? Because God made us to be part of a body; I cannot know Him truly on my own. I encounter Him in the body; I cannot truly know Him on my own. I encounter Him in the body of Christ, that is, in and through you… the ancients understood that the closer we draw to one another in community, the closer we come to Christ.”You will only grow to the degree you give away and sow what’s been entrusted to you. If You desire the power to be, it is always preceded with the power to do. In so many churches today the Holy Spirit have become an experience rather than a actual person and therefore He has become deeply impersonal and irrelevant.

Keep in step with the community God has placed you in.

Richard Foster said it well “The Disciplines put us where [God] can work within us and transform us… They are God’s means of grace… God has ordained the disciplines of the spiritual life as the means by which we place ourselves where he can bless us.”

Lead others into the presence of God.

You will only grow to the degree you give away and sow what’s been entrusted to you. – RB.

Have a balanced approach to honoring the place and work of the Holy Spirit.

“Occasionally the criticism is heard that the Holy Spirit is not honored sufficiently by present-day Christians. However, if Christ is given the proper emphasis, then Christians are responding to the Spirit’s basic ministry of glorifying Christ. Any movement supposedly led by the Spirit that focuses most of the interest on the phenomena of the Spirit is contrary to this statement of Jesus. The Holy Spirit is honored when Christ is glorified in our lives”. (Homer A Kent, Jr).
Source: “Light in the Darkness: Studies in the Gospel of John, 2nd ed. Pg. 211-212.

Connect with the classic understanding of Christian Spirituality through the classics and spiritual masters of history.

There is a lot we can learn from Christians in our communities concerning the Spiritual disciplines. When we study Church History,let us not only study chronology or the theology of the community but also the disciplines of prayer, fasting,study and even charity.
Hope this short article gives you a go forward perspective.
Rudolph P. Boshoff.