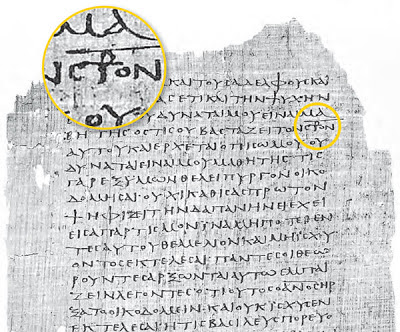 How and when did Christians start to depict images of Jesus on the cross?
Some believe the early church avoided images of Jesus on the cross until the fourth or fifth century. In “The Staurogram: Earliest Depiction of Jesus’ Crucifixion” the March/April 2013 issue of Biblical Archaeology Review, Larry Hurtado highlights an early Christian crucifixion symbol that sets the date back by 150–200 years.
Larry Hurtado describes how a symbol known as a staurogram is created out of the Greek letters tau-rho: “In Greek, the language of the early church, the capital tau, or T, looks pretty much like our T. The capital rho, or R, however, is written like our P. If you superimpose the two letters, it looks something like this: 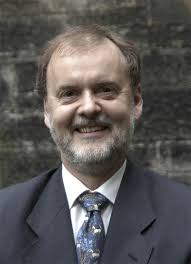 The earliest Christian uses of this tau-rho combination make up what is known as a staurogram. In Greek the verb to ‘crucify’ is stauroō; a ‘cross’ is a stauros … [these letters produce] a pictographic representation of a crucified figure hanging on a cross—used in the Greek words for ‘crucify’ and ‘cross.’”
The tau-rho staurogram is one of several christograms, or monogram-like devices used by ancient Christians, to refer to Jesus. However, Larry Hurtado points out that the staurogram only refers to the crucifixion, unlike others, which mention Jesus’ other characteristics. Also, the staurogram is visual—the tau-rho combinations create images of Jesus on the cross, making the staurogram the earliest Christian images of Jesus on the cross.
The tau-rho staurogram, like other christograms, was originally a pre-Christian symbol. A Herodian coin featuring the Staurogram predates the crucifixion. Soon after, Christian adoption of staurogram symbols serve as the first visual images of Jesus on the cross.
Larry Hurtado writes: “In time christograms came to be used not only in texts but as free-standing symbols of Christ or Christian faith, for example on liturgical vestments and church utensils. This was probably also true of the staurogram, tau-rho; where it would represent simply an independent symbol of Christ or Christian faith. But the earliest use of the tau-rho was as a visual reference to Jesus’ crucifixion. As such, it is the earliest surviving depiction of Jesus’ crucifixion.”
* The staurogram combines the Greek letters tau