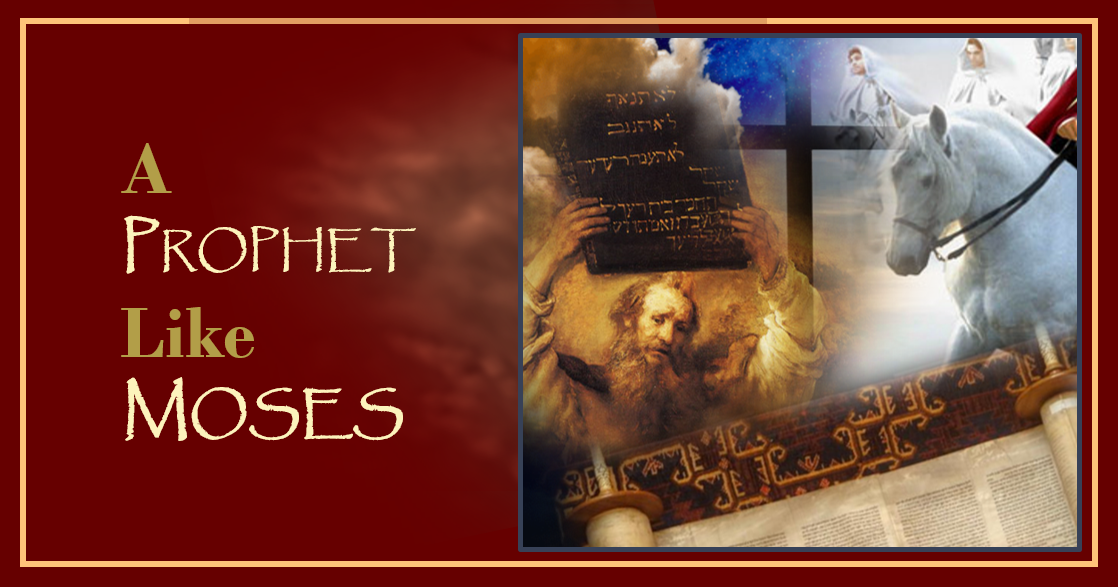 Most frequently quoted Biblical passage that Muslim  Polemicists like Ahmed Deedat (South Africa), Dr. Jamal Badawi (Canada) and their disciple, Apologist Dr. Shabir Ally (Canada) use to show the prophecy of Muhammad from the Torah of Moses, is found in Deut 18.

This is based on two verses from the Quran, viz;

“I will raise up for them a prophet like you from among their brothers . And I will put my words in his mouth, and he shall speak to them all that I command him. And whoever will not listen to my words that he shall speak in my name, I myself will require it of him.”  (Deut 18: 18)

“The Lord your God will raise up for you a prophet like me from among your own brothers. You must listen to him.”  (Deut 18:15)

Since then, no prophet has risen in Israel like Moses, whom the LORD knew face to face,  who did all those signs and wonders the LORD sent him to do in Egypt—to Pharaoh and to all his officials and to his whole land.  For no one has ever shown the mighty power or performed the awesome deeds that Moses did in the sight of all Israel. (Deut 18:10-22)

The phrases “prophet like you” (v.18) and “from your brethren” indicate that the Moses-like prophet to come would

“We have found him of whom Moses in the Law and also the Prophets wrote—Jesus of Nazareth, son of Joseph.” John 1:45

Then those men, when they had seen the miracle that Jesus did, said, This is of a truth that prophet that should come into the world. John 6:14

Peter affirms Jesus was that Prophet when he quotes from Deut in Acts 3: 22,23

This is that Moses, which said unto the children of Israel, A prophet shall the Lord your God raise up unto you of your brethren, like unto me; him shall ye hear. Acts 7:37

Jesus said Moses wrote about him.

But where did Moses write about Christ?

When Jesus claims that Moses wrote of Him, He is referring to the prophecy in Deuteronomy and that He is, therefore, a Prophet like Moses?

Both Moses and Christ authenticated their missions with miracles (Ex. 4:1ff; John. 20:30-31). Muhammad did not perform miracles.

Hear now My words: If there is a prophet among you, I, the Lord, make Myself known to him in a vision; I speak to him in a dream. Not so with My servant Moses; He is faithful in all My house. I speak with him face to face, even plainly, and not in dark sayings; and he sees the form of the Lord. — Numbers 12: 6-8

The Qur’an, states that the “Prophethood and Revelation” was to come through the “progeny” of Isaac and Jacob — not Ishmael (Sura 29:27).

In his translation of this passage, A. Yusuf Ali has added the name “Abraham” in parentheses, so as to embrace Ishmael, though the patriarch’s name is not in the Arabic version of the text (Norman Geisler & Abdul Saleeb, Answering Islam, Grand Rapids: Baker Books, 1993, pp. 148-149).

For the sake of argument that Muhammad is the Prophet like Moses for this prophecy, you’ll find that he fails to fulfill the other two criteria…..

The Quran affirms that Muhammad did not perform miracles and did not speak to God face to face.

2.  Muhammad did not speak to God face to face. Muhammad never claimed to speak to God directly.  Instead, he received revelations through angel Gabriel according to the Quran (Surah 25:32; 17:105) and the traditions.

The Jews had always understood that this prophecy would one day be fulfilled in a literal way by the coming of a “the Prophet” who would either:

A) come just before Messiah or;

B) would, in fact, be the Messiah.

The same thing happened to Jesus himself. When he performed the miracle of feeding the 5000 in John 6, the crowd responded by saying, “Surely this is the Prophet who is to come into the world” (John 6:14). Again, the reference is to Deuteronomy 18. Later when he spoke to the multitudes at the Feast of Tabernacles, some of the people exclaimed, “Surely this man is the Prophet” (John 7:40).

3. Muhammad in the Bible By Dr. Jamal Badawi