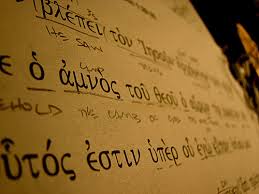 The site “Islamic Awareness” suggests that “the production of New Testament manuscripts radically changed after the persecution under Diocletian (303-305 CE) and especially after Constantine declared Christianity to be the official religion of the empire.” [1]Another Muslim voice asserts “that the Christian Bible is swarming with errors and contradictions.”[2] Earlier I have written on the cogency of the New Testament Manuscripts as well as the quantity and quality of these variants[3] but here I would like to describe the actual nature of these variants found within the manuscripts. This is not intended to be very academic and my desire is that even non-scholarly readers would understand and appreciate this article.

We first need to look at the two kinds of differences in the manuscripts:

First we find differences that were created accidentally and secondly those who were made intentionally. Let us look at these accidental changes that we have in all majority ancient manuscripts.

Earliest non-Biblical manuscripts had no spaces between the words or sentences and it is estimated that the earliest biblical material was also written “scripto continua”[4]. It is also interesting to note that the early Greek texts had no upper or lower cases in lettering as well as no punctuation up until the 9th Century A.D. To give a similar example is when we say “fatherisnowhere”. How should we interpret this “Father is now here” or “Father is nowhere”? The problem lies in the actual division of these words not in the meaning of these words. Scripturally the best example would be 1 Timothy3:16. Majority of the Greek manuscripts divide this verse as “θαηνκνινγνπκελσο κεγα” which reads “and without controversy great” but other manuscripts read “θαη-νκνινγνπκελ-σο-κεγα” which reads “and we confess how great”. Division of words like these have NO bearing on the actual rendering of the text or the foundational doctrines of Christianity.  The next type of accidental variation is called a “homo-eo-te-leuton”.

To put it simply in the Greek this simply means “same ending”. In the copying of the earliest manuscripts scribes would skip a word or phrase with the same ending. An example of this is seen in 1 John 2:23. Most manuscripts have the following:

The Byzantine text which is followed by the KJV reads: “Whosoever denieth the Son, the same hath not the Father.” The KJV, however, added the words lost due to homoeoteleuton in italics. The “loss” of words like these in the endings of any text has NO bearing on the actual rendering of the text or the foundational doctrines of Christianity. The third type of variant is what we call a “haplo-graphy”.

A haplography occurs when a letter or word is written once, instead of twice or more times. An example is found in 1 Thessalonians 2:7, where one “í n‘” is missing in some manuscripts.

We have “Δγελεζεκεν νεπηνη” which reads“instead we became little children” (1Thess. 2:7 NET) “Eγελεζεκεν επηνη” “But we were gentle” (1Thess. 2:6 KJV). The letter reads: “Nor did we seek glory from people, whether from you or from others, though we could have made demands as apostles of Christ. But we were gentle (Some manuscripts reads “infants”) among you, like a nursing mother taking care of her own children.”  Again it is important to note that even if certain words were written once instead of twice NONE of it had ANY bearing on the actual rendering of the text or the foundational doctrines of Christianity. The next type of variant is called a “ditto-graphy”.

A dittography occurs when a letter, word or phrase that was supposed to be written once is written twice. An example of this is found in Mark 12:27. Some manuscripts wrote the word “ζενο” translated “God” twice (see KJV). The reading is therefore as follow:

Clearly we can see that this type of variant has NO bearing on the actual rendering of the text or the foundational doctrines of Christianity. The next type of variant is called a “Meta-thesis”.

Majority of these variants are vague as to the actual reading of the text. This type of variant has NO bearing on the actual rendering of the text or the foundational doctrines of Christianity. Both readings for instance does not bring to any doubt that Christ was delivered to the Roman soldiers or that He was tortured Him. The next type of variant is called an “Iota-cism”.

An iotacism is a problem that could easily appear in the transmission of manuscripts. It could occur when a scribe writes the wrong vowel. Most of the long vowels and diphthongs were pronounced like the “iota” in Koine Greek. An example of this is found in passages in the New Testament where some manuscripts have the word “you” and others have “we” or “us”. We find the two readings as follow:

It is interesting to note that both “πκαο” and “εκαο” were pronounced as “imas” and therefore the vowel could easily be confused. This type of variant has NO bearing on the actual rendering of the text or the foundational doctrines of Christianity.
Now in the Second part of this study we will look at the “deliberate changes” of the manuscripts and the various reasons why this were done.

There are some modifications in manuscripts that were made deliberately and it is worthy to note that it was done for various reasons:

We find for example a “liturgical” change in Matthew 6:13 where some manuscripts add “For yours is the kingdom and the power and the glory, forever. Amen”

It is important to know that these additions were not to change the meaning of the texts or to alter any doctrine of the Church. It was dome to bring symmetry to the reading of the overall text.

The last reason for some deliberate changes is for purely grammatical reasons. The major differences in the text of the New Testament, apart from 1 John 5:7-8, appear in John 7:53-8:12 and Mark 16:9-20. However, none of these passages teach a doctrine that is not taught somewhere else in the New Testament.
Due to the textual differences in manuscripts, it may be wise not to build a teaching exclusively on these texts. It is also worthy to note that as a result of the Synoptic Gospels we have no doubts concerning the validity of the text and the overall structure of the Jesus narrative.

the wooden rosary on the open Bible

[2] Corruption of the Torah, at www.islamworld.net/torah.html