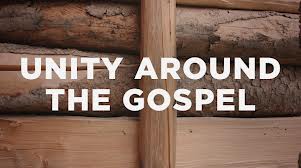 A “do it yourself” catalog firm received the following letter from one of its customers: “I built a birdhouse according to your stupid plans, and not only is it much too big, it keeps blowing out of the tree. Signed, Unhappy.

The “do it yourself” catalog firm replied: “Dear Unhappy, We’re sorry about the mix-up. We accidentally sent you a sailboat blueprint. But if you think you are unhappy, you should read the letter from the guy who came in last in the yacht club regatta.”

∆ “A gray-haired old lady, long a member of her community and church shook hands with the minister after the service one Sunday morning.”That was a wonderful sermon,” she told him, “just wonderful. Everything you said applies to someone I know.”

Today we will look at two parts:

Part 1: Dealing with presuppositions:
In the first part we will look at the Nature, authenticity of scripture.
Part 2: Drawing clear lines:
What is the Gospel nature and how does scripture present it? (We never got to that).

Definition of the Gospel:

In the Greek New Testament, gospel is the translation of the Greek noun “euangelion” (occurring 76 times) “good news,” and the verb “euangelizo” (occurring 54 times), meaning “to bring or announce good news.”
Both words are derived from the noun angelos, “messenger.”
In classical Greek, an “euangelos” was one who brought a message of victory or other political or personal news that caused joy. In addition, “euangelizomai” (the middle voice form of the verb) meant “to speak as a messenger of gladness, to proclaim good news.”
Further, the noun euangelion became a technical term for the message of victory, though it was also used for a political or private message that brought joy.

When we look at the Gospels we describe it by looking at the following:

Richard Burridge dean of King’s College in London writes “Correct interpretation of a painting or a story depends on a correct identification of what kind of communication it is, that is, of its genre. We differentiate between painting, drama and word, between the spoken word and the written word, between fiction and non-fiction, poetry and prose, tragedy and comedy, legend and history, and so on.”
So where do the Gospels find themselves?
During the 20’s scholars like Karl Ludwig Smith and Rudolf Bultman rejected the notion that the Gospels were Biographies and rather tried to confine it to “folk tales” and oral “superstitions”.

Richard Burridge adds “Many genres have been proposed, but increasingly the Gospels are again seen asbiography.”

When were the Gospels written?
William F. Albright wrote, “We can already say emphatically that there is no long any basis for dating any book of the New Testament after about A.D. 80 …”

Elsewhere Albright said, “In my opinion, every book of the New Testament was written by a baptized Jew between the forties and eighties of the first century (very probably sometime between about A.D. 50 and 75)”

This would mean that one or two of the Gospels could have been written as early as seven years after the crucifixion. At the latest they were all composed within the lifetimes of eyewitnesses and contemporaries of the events.

For the Gospel authorship we have:

Nobody in antiquity said “the four Gospels of Matthew, Mark, Luke and Bob”?

Why were the Gospels written?

David Allen Black writes in “Why four gospels” that “The Apostles realized that they somehow needed to promulgate those passages of the Holy Scriptures from “Moses and all the Prophets” (Luke24:27) that Jesus had explained to Cleopas on the road to Emmaus. It also became clear that the main apologetic task was to demonstrate to the Jewish authorities that Jesus had fulfilled all the prophecies about the Messiah. These considerations were the original motivation for the composition of the Gospel of Matthew.”

Bart D Ehrman writes in his bestselling book “Forged”; “we don’t actually have the original writings of the New Testament. What we have are copies of these writings, made years later—in most cases, many years later. Moreover, none of these copies is completely accurate, since the scribes who produced them inadvertently and/or intentionally changed them in places.”

Theologian Mark D. Roberts wrote “we must remember that the Gospels gives us what is technically called the ipsissima vox (His own voice) of Jesus rather than the ipsissima verba (His own words)”.

He adds “the autographs of Matthew, Mark, Luke, and John did not preserve His original words (except in a few cases). They do, however, authentically capture his voice.”

Well personally I think it should just be the other way around for three reasons:

1) All thought the NT we find actual words attributed personally to Christ speaking authentically from himself like “you heard it said but I say unto you” or “Jesus said” (Matt5:21; 27; 38, John 9:39) Even Paul records that “Our Lord Himself said” (Acts 20:35).

2) Biblically He assures me that what He said is sure: “Heaven and earth will pass away, but my words will never pass away”.  (Mark 13:31)
and:

3) Salvifically He requires me to trust in that!
He claims in John 6:63 “The words that I have spoken to you are spirit and life”.
He affirms in John 14:10 ““Do you not believe that I am in my Father and my Father in me? The words which I am speaking, I am not speaking from myself, but my Father who dwells within me, he does these works.”

4) Pneumatically he assures that: Jesus affirms that all He has said would be brought back to their memory by the Holy Spirit to the immediate disciples;
“He who does not love Me does not keep My words; and the word which you hear is not Mine, but the Father’s who sent Me. “These things I have spoken to you while abiding with you. But the Helper, the Holy Spirit, whom the Father will send in My name, He will teach you all things, and bring to your remembrance all that I said to you.”
(John 14:24; 26).

He also assures us that what He said would never be corrupted “Heaven and earth will disappear, but my words won’t ever disappear”. (Luke 21:33).
Lastly and most importantly He affirms that the words He had spoken is the words of the Father God (Joh.14:26) and therefore it is true.

Therefore I have NO doubts, nor am I confused in ANY way, so I ask you as well, search truth because Jesus affirms the words He have spoken is the truth (John 17:17;8:32).

What about the “lost Gospels?”
Why are the four Gospels seen as more authoritive in light of “other” Gospels written? What was the test of Canonisity?

Was it:
1. Authoritive: Did it come from the hand of God? “Thus saith the Lord”.
2. Prophetic: Was it written by a man of God and a recognized author?
3. Authentic: Does the book tell the truth. (About God, Christ, H.S. ect.)
4. Received: Was it used and received unanimously by the Early Church Fathers and Churches?
5. Historical reliable: Was the Books written in close proximity of the actual events.
-The End.-