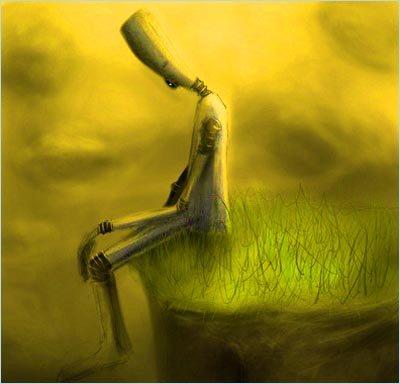 As a Pastor of a multicultural Church in Johannesburg South Africa I have often encountered people in and outside of the Church that simply declare their disillusionment with the Church and ultimately God. In the few years of being in full time Pastoral Ministry I have recognized five reasons people seem to lose their “sense of wonder”. Now this is not just a disappointment with the establishment but rather a deep rooted experience of “lostness”. Here is the reasons:

The scholar named Barry Schwartz wrote a great book called the “Paradox of Choice” he writes “as the number of choices grows further the negatives escalate until it becomes overloaded. At this point; choice no longer operates but debilitates and tyrannize. Choice overload makes us depressed and then dead.” Today the Church have become Sanctuaries that solely caters for the need of its individualistic adherents. People like to find a community where they “belong” or fit “into”. The concern is not to find a place where Christ is exalted and sin is mentioned but rather where we are edified and affirmed. Jesus unfortunately finds this attitude to be totally contrary to His desired pleasure. He said “If you desire to follow Me, deny Yourself, pick up your cross, and follow me” (Luke 9:23). The priority we face is not belonging but rather becoming. Look not for a Church that fits your choice,but rather one that is concerned with Christ’s commands.
2. Functional Atheism.
Jesus mentions that He “will build [His] church, and the gates of Hades will not overcome it”(Matthew 16:18). Whenever I have to add something to my Church service to make Christ or the Bible more appealing I have sought to add to the Glory of God. Parker Palmer “Functional atheism is the unexamined conviction within us that if anything decent is going to happen here, I am the one who needs to make it happen.” Sometimes even our prayer are precursored by the attitude of “Lord, I have tried Plan A, B, C and D…Now I am turning to you…” I kid you not, for some people God is distant not to be called upon for our daily lives. Some profess God is good yet, never calls upon Him to intrude upon their space or ask Him to influence their direct realities. Let me suggest going to God first in Prayer.
3. Pleasure Programming.
America’s first amendment states we can have “life, liberty and the pursuit of happiness”, this is the mantra of modernism. The ultimate pursuit in life is to escape and even avoid what is undesired. People are taught in services to flex their faith muscles and to “have what they say”. The ultimate aim is to have the “good life” free from any challenges. We teach members a quickaholic Spirituality that produce instant results. Pragmatism is the aim and instant results seem to measure truth. Thomas Keating writes “the Spiritual is a long and hard journey ….we must dismantle ourselves from emotional compulsiveness to be happy.” Richard Foster adds “there is nothing wrong with good feelings… as long as it does not control us. Pleasure becomes an idol when it controls us and become our absolute right.”

4. Boredom or complacency.
Been there, done that! This phrase began life in the early 1970s, in the short form ‘been there’. This had the same meaning as ‘been there, done that’. An early example comes from the American author Edwin Torres’ novel Carlito’s Way, 1975: “Money is only an object. I’ll get it. Got it, been there.” Christianity is not an accumulation of Spiritual experience after experience. I know of people that go from revival to revival, miracle crusade to miracle crusade, etc. yet to no avail. You can barely recognize that Jesus is the Prince of peace in their lives because their acumen is based on experiences. “Have You heard the newest Christian Hit parade Songs”, “Have you seen the newest Christian movie release”, and so we go on and on. Trying to substitute religion for relationship! And here is where we are so stimulated that we expect something that would make it worth our time, money and participation.
5. Reductionist Paradigm.

Reductionism can either mean an approach to understanding the nature of complex things by reducing them to the interactions of their parts, or to simpler or more fundamental things or a philosophical position that a complex system is nothing but the sum of its parts, and that an account of it can be reduced to accounts of individual constituents. Elizabeth Barrett Browning “Earth’s crammed with Heaven, and every common bush aflame with God; But only he who sees takes off his shoes, the rest sit ‘round and pluck blackberries.” We seem to miss the supernatural because we only expect the spectacular. Life in itself is a miracle to behold, and the Person of Christ enough to exhaust human logic. What about the Doctrine of the Trinity? “O but Pastor it is not exciting enough…and I don’t understand it!” Charles Caleb Cotton (English Poet) wrote “He that will believe only what he can fully comprehend must have a very long head or a very short creed.” When we try to reduce everything to an understandable concept before we make it a believable concept, we drown in our own folly.

Above mentioned really stipulates only one thing, life lived for self’s sake becomes selfish and rotten. A Spirituality that is more concerned to exalt or edify the flesh is contrary to the Biblical imperative! Is God against pleasure, choice and comfort? Not at all, as long as we don’t make them the ultimate ideal above Him. Hope you enjoyed the short read!