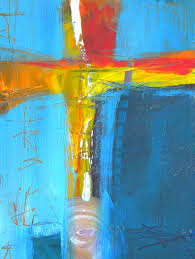 Could His [Jesus of Nazareth] Words Have Been Recorded in His Lifetime?

An elegant young woman, once thought to be the Greek poet Sappho, gazes soulfully out of a first-century B.C. medallion painting from Pompeii, Italy. In her left hand she holds a wooden writing tablet, which would have unfolded to reveal a layer of wax inside; with her right hand she raises a stylus, a pointed tool used to make impressions in the wax. Although this woman must have enjoyed a high social status (as her fine jewelry indicates), it should not be assumed that ancient literacy was confined to the elite, writes author Alan Millard. Many ordinary people in Jesus’ Palestine, Millard argues, were at least partly literate—a fact that the archaeological record amply demonstrates…

How likely is it that someone would have written down and collected Jesus’ sayings into a book in Jesus’ lifetime? Several lines of evidence converge to suggest it is quite probable.

The first factor to consider is how prevalent literacy was in Jesus’ time. Full literacy means being able to read and write proficiently, but degrees of literacy vary; people who can read, for example, may not be able to write. A common view is that of W.H. Kelber, who claims that, in first-century A.D. Palestine, “writing was in the hands of an élite of trained specialists, and reading required an advanced education available only to a few.”1 It is often asserted that writing was restricted to government and religious circles and would have had no place among the peasantry of Galilee, where Jesus did much of his teaching. If this statement were true, there would be more validity to the widely-held opinion that knowledge of Jesus’ words and deeds depended on oral tradition—people passed on what they saw and heard by word of mouth—until about 70 A.D., when the earliest of the Gospels, the Gospel of Mark, was composed.

~ Alan Millard is professor of Hebrew and ancient Semitic languages at the University of Liverpool. He co-edited the Dictionary of the Ancient Near East and is the author of two popular books, Treasures from Bible Times and Discoveries from the Time of Jesus (Lion, 1985 and 1990). Among scholars, he is known for having co-published the text of the Atrahasis myth, a Babylonian flood account. [1]