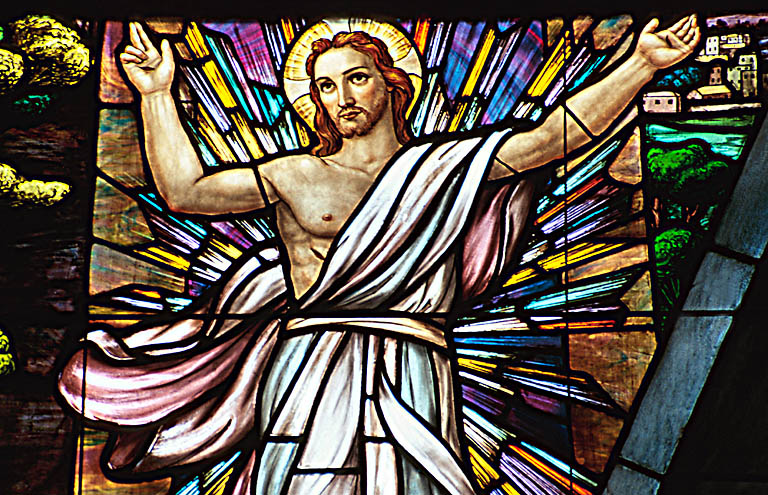 I have selected the Gospel of Mark 14:62-64 since it is the climax of the book where we finally have Christ accounting for who He is. It is also one of the first texts in the New Testament that emphatically situates the person of Jesus Christ in a place of clear pre-eminence and Old Testament fulfillment. It reads as follows:

“And Jesus said, “I am, and you shall see the Son of Man sitting at the right hand of Power, and coming with the clouds of heaven.” Tearing his clothes, the high priest *said, “What further need do we have of witnesses? You have heard the blasphemy; how does it seem to you?” And they all condemned Him to be deserving of death.”

Here is a short commentary of these passages:

Mark provides the central confession of the Christian faith in Christ with this one verse. Here Jesus reveals His identity for the first time as the Son of Man and the Son of God (Hagner 2016:182). Mark writes with a clear intent and that intent is to reveal the splendor of Christ. The statement Christ utters is emphatic, “I am” (Ἐγώ εἰμι – Ego Eimi). Jesus is obviously drawing from a Jewish understanding of the Divine name (Exo. 3:14) and translators have even indicated that Jesus is not just affirming his identity but he is stating it. Jesus is saying the ‘I am’ is here, or ‘I am the Lord’ (Edwards 2002:447). It is important to notice that the high Priests question plays an important role in the formulation of verse 62. It provides the Christological context to the ‘ego eimi’ (Ἐγώ εἰμι) saying of Jesus because it completes the High Priests own Christology. Gundry (1993:12) affirms that when the High Priest insists and asks in verse 60 “Are you the Messiah, the Son of the Blessed One?” (sou ei ho Christos, ho huios tou eulogetou) we need to realize that Christ affirms His ‘Christhood and divine Sonship’ in connection with the preceding verse. Mark’s intention is, therefore, to affirm that Jesus is answering the High Priest in such a way that His confession extends beyond his question. France (2002:609) notice that the range of the lexical units in verse 62, like the particle “de”, the name ‘Iesous’ and the verb ‘eipen’ relating to ‘ego eimi’ and ‘huios tou anthropou’ clearly indicates that the verse extends beyond its immediate context. Mark recognizes that Jesus indicates the full expression of His own self-identity being the Son of God and the coming Son of Man.

France (2002:612) shows that Mark is clearly drawing from two passages in the Old Testament (Ps. 110:1; Dan. 7:13) combining them to give a clear picture of the fulfillment and interpretation of a metaphor. Both passages give a clear indication of sovereign authority in distinct ways and Mark records that Jesus attributes it to Himself. In the use of the Psalm, ‘sitting at the right hand of God’ clearly indicates a place of eminence and authority. France mentions that Daniel 7:13-14 indicates an enthronement oracle and it indicates that Jesus now declares to be the recipient of unending dominion and they will be witnesses of this. Edwards (2002:447) mentions that Jesus refers to Himself as a divine and exalted figure “sitting at the right hand of the Mighty One” (Gk. “right hand of [God’s] power”). Jesus therefore both affirm His divine Sonship before the high priest and He also portrays Himself as the fulfiller of the eschatological mission of the Son of Man that sets up His permanent residence in God’s place. Keener (1993:178) observes that Jesus is not just stating that He is the coming Messiah but he also the cosmic ruler of Daniel 7:13-14 and the embodiment of Israel’s call coming in glory with an everlasting Kingdom that will have no end. It is interesting to note that the Son of Man has the authority to judge the sins of the people and he personally inaugurates the Kingdom of God.

(c) “Coming with the clouds of heaven.”

The third statement Jesus makes in this verse is that He will ‘come with the clouds of heaven’ (ἐρχόμενον μετὰ τῶν νεφελῶν τοῦ οὐρανοῦ). This passage draws from Daniel 7:13 that states; “And behold, with the clouds of heaven there came one like the Son of Man.” Miller (1994:207) mentions that in the ancient world, clouds provided transportation only for deities and Jesus is clearly associating this metaphor with Himself (cf. Rev. 14:14-15). Clouds are depicted in the Old Testament as being Yahweh’s chariots (Ps. 104:3) and God even appears within a thunderstorm (Judges. 5:4). David pleads Yahweh for help, and God arrives upon the cherubim from His heavenly temple (Ps. 18:11) and Nahum (1:3) beholds clouds at the feet of Yahweh in his theophanic vision. Clouds were associated with Yahweh’s judgment (Isa. 19:1) and the prophet Ezekiel records Yahweh coming from a cloud (1:4, 28) where the temple was filled and judgment would be poured out later (10:3-4). What startled the High Priest was that Jesus dared to parallel Himself with Yahweh that would judge the nations.

This was a prerogative that was clearly only central to Yahweh in the Jewish understanding. Yahweh would judge the nations several times in the Old Testament from a cloud-mass (Ezek. 30:2, 34:12; Joel. 2:2; Zeph. 1:15) where His anger would become a dark smoke cloud (Isa. 30:27). France (2002:612) holds that Jesus here declares that in the metaphors ‘sitting’ and ‘coming’ Jesus is referring to one initiative and that is ‘sovereign authority’. The representation of clouds in the Old Testament was clearly connected with eschatological judgment and salvation (Isa. 4:5; Nah. 1:3). What Jesus is saying is in fact justifying the High Priest reply, because He identifies Himself with Yahweh that will stand in complete judgment of the High Priest Himself as well as the whole nation of Israel. Further, makes Himself the spiritual head of the nation of Israel because He was assuming a place of authority over the High Priest who was under the impression that He was judging Him.

(d) “You have heard the blasphemy”

Keener (1993:178) comments that the high Priest tearing his robe (v/63) was a sign of mourning or repentance and was even commonly expected from anyone that heard the sacred name blasphemed. The High Priest was clearly advocating for a conviction because Jesus did not clearly equate Himself with the Hebrew name of God or explicitly said He was God. Keener correctly noted that Jesus was not technically guilty of blasphemy and that a Jewish court would have probably declared Christ insane. Under Jewish jurisprudence the High Priest in actual fact was not permitted to judge the case alone and the reason for the swift decision was clear, Jesus posed a threat to the temple establishment (Mark. 11:15-18) and as Messianic claimant threatened the Roman power structure that the Jewish aristocracy represented (Keener 1993:179). Edwards (2002:449) makes an interesting observation in that the High Priest and the Jewish Sanhedrin accused Jesus of blasphemy but the irony escaped them because they were blaspheming because Jesus was in fact God’s Son.

Bock (2000:209) mentions that the Jewish leaders and the High Priest no doubt were incredibly offended and believed that Jesus called Himself the Son of God and therefore deserved death. Bock (200:30-112) also shows that even insulting the religious leaders, arrogant speech, action against God and His people or Temple, could have been judged as blasphemy. It is obviously clear that the Jewish establishment of the day wanted Jesus out of the way. The best way to do this was to put Jesus squarely against the Jewish religious order, and to seal His fate was to claim that ultimately it would end in a revolt that would try to overthrow the Roman establishment. Jesus was clearly a threat and in this trial narrative, we find that He sealed His own fate by saying what He said.

France RT 2002. The Gospel of Mark: A Commentary on the Greek Text. William B Eerdmans Publishing Company, Michigan.