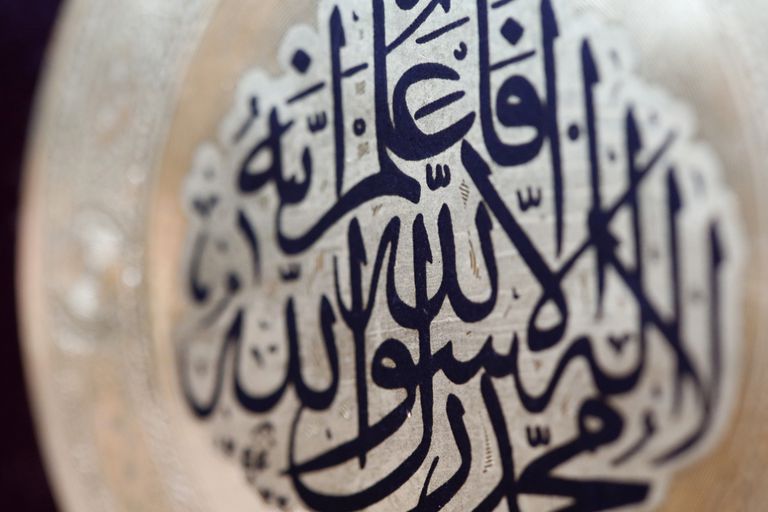 In this short article, I just want to reflect on the logical conclusions of Islamic Theology as the Quran and its sources endeavour to explain the central character of Allah in the central held beliefs that constitutes the faith of the Ummah (Arabic: أمة‎‎).

(1) The Ethical Character of God.

It is interesting to note that the Judeo/Christian God of the Bible, Jehovah, leads us to conclude that He is essentially moral and supremely holy (Lev.20:26). What we find in the Quran is that Allah can cause holy acts but He himself are not to be associated with it! Now we should note that this does not mean that Allah does not give moral decrees and holy prerequisites because it is seemingly illusory but what I have found is that the Quran implies that Allah is ultimately beyond any man’s conceived means. Allah’s perfect attributes that we can recognize include him being: al-Qaadir (All-Powerful), al-‘Aleem (All Knowing), al-Hakeem (Most Wise), al-Samee’ (All Hearing), al-Baseer (All Seeing). All the attributes that have been narrated from Allah is befitting to Allah but it is important to know that Allah does not resemble any of His creation in any of His attributes or his essence. Surah Al-Ikhlas says:

“Say (O Muhammad): He is Allah, (the) One. He begets not, nor was He begotten. And there is none co-equal or comparable unto Him.”

It would therefore be most appropriate to confirm that man can recognize Allah’s divine acts, but He can never associate the acts of Allah with the essential being of Allah. Another conclusion is that terms like “good” and “evil” are seemingly ambiguous terms in Islamic Theology. The terms are descriptive only as relative terms in themselves because it is realities that are solely dependent on the will of Allah. In Islamic theology good and evil are defined as that which Allah declares to be good and evil.

Allah is the absolute ‘causa causarum’ and as German Scholar W. Knietschke writes; “everything gives way to the almighty power of God. The Almighty created all things, and He controls and rules them now. As Almighty, He is an Absolute despot. As such He destroys His creatures and restores them again to enjoy everlasting delights or suffer unending pain; He forgives whom He will, and guides astray whom He will, and declares righteous whom He will, etc. His power is arbitrary. But how is it with His justice, holiness and love, especially His love? Love is self-communicating and seeks the individual, the person, and has its highest delight in communion. God, in the Koran, does not have such love. He cannot communicate Himself, His absoluteness forbids that. He cannot love the sinner; He can only love those that love Him. His love is at best compassion, a tender feeling of pity that He bestows on those whom He have chosen. For the rest there is only hate. God is referred to as Holy only twice in the Koran. This, in itself, is striking. The concept must be taken in connection with that of God’s transcendence. His holiness is to be understood as His exaltation over His world in a physical rather than a moral sense.”[1]

Allah does not communicate anything of His own self-revelation through His revealed attributes, nor does he live consistent with his own revealed acclamations. For the Christian, their claim is the polar opposite. For the sake of Christian Orthodoxy, we can clearly recognize that the God of the Judeo/Christian Scriptures clearly denotes Himself as a personally revealed and relational Being.

Isma’il R. Al Faruqi (1921-1986) writes; “The will of God is God in percipe – the nature of God in so far as I can know anything about Him. This is God’s will and that is all we have – and we have it in perfection in the Qur’an. But Islam does not equate the Qur’an with the nature or essence of God. It is the “Word of God, the commandment of God, the Will of God.” But God does not reveal Himself to anyone. Christians talk about the revelation of God Himself – by God of God – but this is the great difference between Christianity and Islam. God is transcendent, and once you talk about hierophancy and immanence, then the transcendence of God is compromised. You may not complete transcendence and self-revelation at the same time.”[2]

Christianity ads a comprehensive and ultimately affirmed understanding of the character and nature of God. John Frame mentions that; “God reveal His standards to us in His deeds and personal self-revelation, but most explicitly in His revealed law. His law is not arbitrary, but it is based on His own nature. The moral law is not something above Him, that has authority over Him. Nor is it something that He has created, as though (as nominalism would have it) he could change it at will (making adultery virtuous for example). Rather, his moral standard is simply Himself, His person, His nature. His acts are righteous because He is a righteous God. Righteousness, therefore, is His desire, his pleasure. The standard of our moral behaviour is not an abstract concept, but an infinite person, God Himself.”[3]

The God of the Christian Scriptures is therefore known through His acts and is wholly exposed consistently with His acts as revealed in Scripture. When we read Scriptures we identify that God is love and there is nothing inconsistent with His own self-disclosure (1 Joh.4:8-9). Allah is wholly other, and even though He can attribute to Himself attributes like holiness, kindness and love, he is assuredly above them and not to be noted as being them! When Allah act vicariously to His own prescribed attributes, it is not inconsistent because He is above His revealed attributes.

Allah can therefore perform equally contradictory acts because he is above them and do not display them as essentials of His own character. When we conclude that Allah really is the only ‘sole-mover’ we also find that Islamic theology can only account for man’s ultimate state of fallenness by attributing to Allah the divine right to be the only autonomous force in all of the universe.

It is very hard to weave a harmonious pattern together from the Quran on the nature of Sin and forgiveness. Man was created by God as His vicegerent on earth (Surah 6.166) but was also created weak (Surah 4.28) yet upright (Surah 30.30). The Quran also clearly shows a determinism that is because of Allah’s own predetermined will. Those who find themselves in ignorance and darkness are clearly doing so purely by the will of Allah (Surah 6.25) because all things have been created by His predetermined ‘fixed decree’ (Surah 54.49). Allah misleads whom He wants to be misled and guides those whom he was guided (Surah 14.4).

It is very important to note that since there is a clear predestination evident in the Quran, both good and bad actions are predetermined by the will and decree of Allah. Man is therefore culpable but not responsible for his own corruption or goodness. There is one sole predetermined will in action on earth, which is Allah. Man cannot choose God’s guidance accept if Allah previously decreed for it to be so (Surah 81.27-29; 18.30). If we lead the evidence to its most logical conclusion, we find that Allah is the only proprietor of what is good and evil in the world because man is not a free moral agent but merely dances to his prescribed predetermined condition. To declare therefore that the sin of Sins is unbelief and some greater sins are idol worship, murder, false witness, and oppressing orphans and ultimately that the nature of Sin is ignorance is to move beyond what the Quran says about the determined will of Allah. Salvation (naja) is therefore only mentioned once in the Quran (Surah 40.41) because Allah clearly guides and misguides whom He will (Surah 61.5) and even more problematic Allah holds non-autonomous creatures responsible to what he have predetermined and decreed. Repentance is therefore seemingly just a dress rehearsal that will not affect the ultimate predetermined outcome willed by Allah.

There is no meaning or responsibility in the core of Islamic theology, man is utterly unable to choose against Allah’s desired will and Allah unable to attribute to Himself anything that could define the essentials of His own being and character.

[2] “The predicament of Islamic monotheism” by Imad M. Shehadeh pg. 149