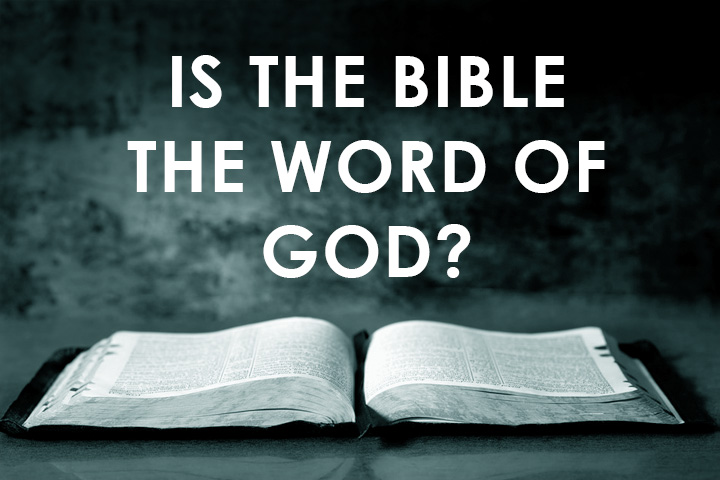 (5minute read).
In the last few weeks, I have tried to show that Dr. Sayyed’s objections to the authenticity of the Bible is not sincere and lacks any objectivity. Dr. Sayyed is merely trying to embarrass and twist the Biblical stories to fit his motives. He picks up the story of David at his old age and writes:

“David sleeping with a girl to warm him (1 Kings 1:1-4).Is this doctrine? It cannot be a doctrine. Is there any reproof? There is no reproof, No need for correction and instruction in righteousness if there is no reproof.”

The words of Paul when he writes to Titus (1:15) seem very relevant here;

“To the pure, all things are pure; but to the defiled and unbelieving, nothing is pure. Indeed, both their minds and their consciences are defiled.”

First, Dr. Sayyed’s inclination to think that everything in the Biblical text should directly constitute doctrine undermines and misunderstand the biblical milieu as a whole. Dr. Sayyed laments the fact that Paul wrote to Timothy in his second letter (3:16) that;

“All scripture is given by inspiration of God, and is profitable for doctrine, for reproof, for correction, for instruction in righteousness: That the man of God may be perfect, thoroughly furnished unto all good works.”

He wrongfully assumes that every instance in the Bible should be imitated and patterned verbatim. This will not suffice as Paul writes that Scripture is not just given as an instruction, but also a ‘correction, reproof, and instruction in righteousness’ to ‘furnish the man for good works’ (not evil works). Nowhere is this instance of David and the young woman applied as an instruction, and nowhere has this been imitated as a Biblical imperative. Dr. Sayyed gives another example:

“Another example: Abraham asking his servant “put your hand under my thigh” (Genesis 24:1-4. Is this your doctrine? It cannot be doctrine. Is there any reproof? There is no reproof, no need for correction and instruction in righteousness if there is no reproof. Therefore Bible is not word of God.

This is meanderings of a depraved mind. It should be noted that the translation “my thigh” (יְרֵכִֽי׃ (yə·rê·ḵî) in the Hebrew can be interpreted alternatively as “loin, flank, or side.” First, the promise was a severe and vulnerable form of Patriarchy, where the seriousness of this promise would be displayed. Again, nowhere was this a Biblical imperative given, but this was a unique cultural norm of adjuration (Genesis 47:29). The Pulpit commentary says;

“nothing analogous can elsewhere be discovered, – the practice alleged to exist among the modern Egyptian Bedouins of placing the hand upon the membrum virile in solemn forms of asseveration not forming an exact parallel, was probably originated by the patriarch. The thigh, as the source of posterity (cf. Genesis 35:11; Genesis 46:26; Exodus 1:5), has been regarded as pointing to Abraham’s future descendants (Keil, Kalisch, Lange), and in particular to Christ, the promised seed (Theodoret, Jerome, Augustine, Luther, Ainsworth, Bush,

Wordsworth), and the oath to be equivalent to a swearing by him that was to come. By others, the thigh was viewed as euphemistically put for the generative organ, upon which the sign of circumcision was placed, and the oath as an adjuration by the sign of the covenant (Jonathan, Jarchi, Tuch). A third interpretation considers the thigh as symbolizing lordship or authority, and the placing of the hand under it as tantamount to an oath of fealty and allegiance to a superior (Aben Ezra, Rosenmüller, Calvin, Murphy). Other explanations are modifications of the above.”

Why does Dr. Sayyed assume that this is appropriate for everyone now to imitate this as culturally relevant? Again, he is merely looking for obscure means to legitimize his objections against the Biblical premise. He then rants on about what he deems the X-Rated Bible where Samson spends a night with a Prostitute (Judges 16:1) Lot’s daughters deceive him to preserve their desire for children (Genesis 19:30-35), and the idolatry of Israel is described in very severe terms (Ezekiel 23:19-20). Again I want to stress what I read in Titus 1:15. We all know the end of Samson’s sensual life, and we know the uncomfortable reality of Lot’s daughters, even more, we can see in the most robust imagery the description of Israel’s deception. But again, we in no way are called to imitate these actions, but to instead learn about the reality of them. We see a God who is not embarrassed to reveal the explicit shortcomings of these historical biblical facts, and neither should we.

One cannot but notice the hypocrisy that Dr. Sayyed is displaying in his critique of these supposed X-Rated passages. For starters, the Quran and Hadith mention that the Prophet Muhammad was a man of the highest moral excellence who was made an excellent example for Muslims to follow (S. 68:4 and 33:21) yet we find a lot to be desired for when it comes to his supposed moral excellence. John Gilchrist writes:

“For all his greatness Muhammad’s character is very seriously compromised by the stories in the earliest works of Islamic tradition which disclose, in simple narrative form, how he deviously sanctioned the slaughter of his enemies, especially those who did him no other harm than to irk him with their poetic satires. Many of the prophets of Old Testament times can be shown to have acted just as callously at times, but this does not exonerate Muhammad. Between those prophets and his era stands a new dawn in human history when the man Jesus Christ projected a perfect human character and fulfilled God’s revealed purposes for mankind once and for all. Muhammad shows himself to be as much in need of the redeeming work of God’s Saviour as any other person in history – he cannot really be compared with him as God’s final representative on earth.”

Dr. Sayyed leaves a lot to be desired when he critiques the imperatives in his own venerated books and moral predicates of his own Prophet. Indeed, I will refrain from going into the details; I am just bewildered at the double standards and notice someone that seemingly lacks objectivity. Dr. Sayyed then mentions the Documentary (or JEDP) Hypothesis:

It should be noted that this is simply a theory and not a demandable fact! Dr. Sayyed’s very critique rests on the fact of vague speculations. There are clear reasons why we can dismiss the documentary hypothesis. Dr. Terry Mortenson and Bodie Hodge give a few reasons, but here I will only state one:

Dr. Sayyed then further laments that:

“Revelation cannot be Copy and Paste. If Scholars establish copy and paste from third source. Where the contention arise that it is coming from above from God. Therefore Bible is not the Word of God.”

The Irony escapes Dr. Sayyed in that the Quran in itself leans wholly on external material to give itself credibility. There are numerous sources the narrative of the Quran deduces its content from. What about the foreign elements prevalent in the Quran? [Jewish folklore, Gnostic sources, Zoroastrian and Buddhist]. What is was known to be false

theologically, historically and pseudonymously is validated in the Qur’ anic text? Let look at a few examples:

Dr. Sayyed then tries to show explicit difficulties in the text. He then raised numerous accusations against the genealogies mentioned in the Gospel of Matthew and Luke. He suggests:

It is important to note that Mathew is tracing the biological lineage and Luke is taking in account of levirate marriage, and it is equally noteworthy to see that Luke traces Christ lineage through Mary and Matthew through Joseph. The husband would become the son upon marriage to keep up the family name. Therefore, Joseph, when he married Mary, became the son of Heli according to the Law of Moses and could legally be included in the genealogy. Dr. Sayyed will object and say that Heli was not the Father of Mary, Joachim was the father of Mary but most scholars today agree that Matthew gives the genealogy of Joseph and Luke gives that of Mary, making Jacob the father of Joseph and Heli the father of Mary. This is shown by the two narrations of the virgin birth. Matthew 1:18-25 tells the story only from Joseph’s perspective, while Luke 1:26-56 is told wholly from Mary’s point of view. A logical question to ask is why Joseph is mentioned in both genealogies? The answer is again, simple. Luke follows strict Hebrew tradition in mentioning only males. Therefore, in this case, Mary is designated by her husband’s name. Two lines of evidence support this reasoning. In the first, every name in the Greek text of Luke’s genealogy, with the one exception of Joseph, is preceded by the definite article (e.g. ‘the’ Heli, ‘the’ Matthat). Although not obvious in English translations, this would strike anyone reading the Greek, who would realize that it was tracing the line of Joseph’s wife, even though his name was used. The second line of evidence is the Jerusalem Talmud, a Jewish source. This recognizes the genealogy to be that of Mary, referring to her as the daughter of Heli (Hagigah 2:4). (Fruchtenbaum1993:10-13).

What about the accusation that there is a blunder with the number of names in the genealogy (14 14 14 but 14 14 13)? Commentators believe that the divisions of 14 generations are simply a literary structure by Matthew not intended to set forth a strict biological lineage and that the eventual inclusion of the 14th generation could be those who are in Christ. Dr. Sayyed might lament that this is stretching it but, Jesus brought many sons into glory and we can see a clear intention from the author to make the climactic point (Heb.2:10, Gal.4:4-5).

Dr. Sayyed did not consider all the variables when making his points. I would encourage him to read more of the extent material and research more concerning his belated points.