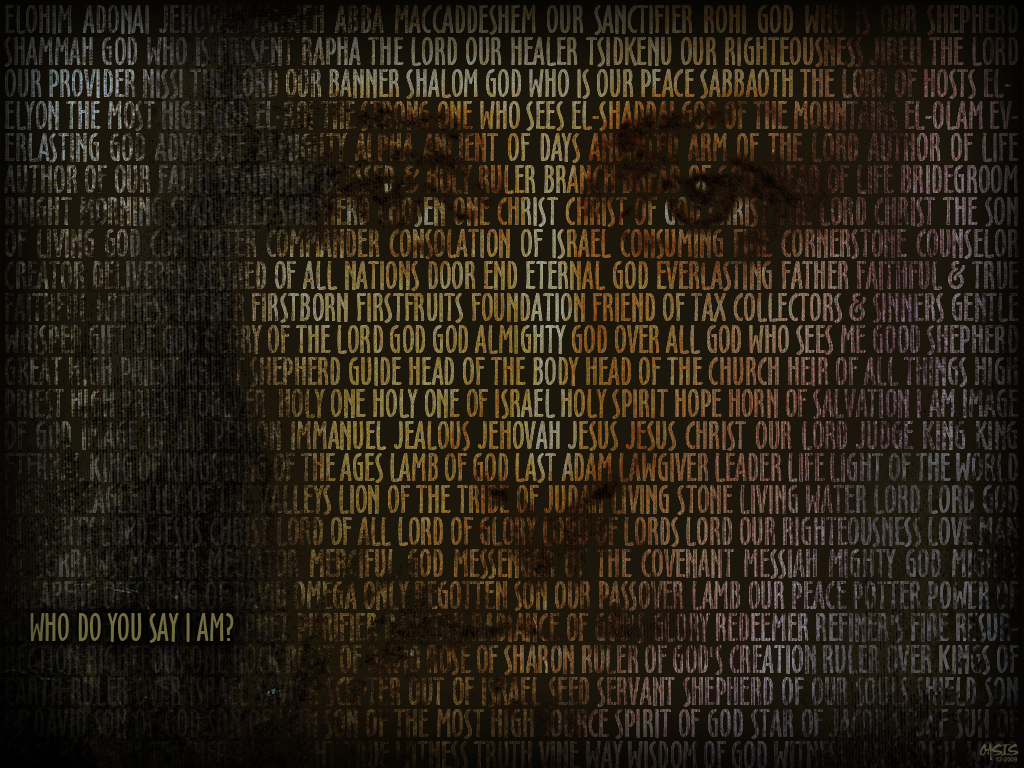 I want to make the creed more controversial rather than less controversial for the right reasons rather than the wrong reasons. It was said of Irenaeus (2nd Century) the early Church Father that “to him …what was handed down was not a collection of formal beliefs, but a means of living contact with the sources of life, indeed with the Life himself. He felt to the full what a modern writer called “the thrill of tradition.” His highest aim was to state clearly what the Church believed and taught, and to preserve that teaching from corruption.” (pg 350 “an exposition of the Faith”: Early Church Fathers edited by Cyril C Richardson.)Credimus:(What we hold dear together)“We believe”

Believing as a community:
James 2:19 “You believe that there is one God. Good! Even the demons believe that–and shudder.”
The magic of our relationship with God is not just in our mere mental ascent?
“Believe is not a mere flirtation with what we esteem to be true, nor is it an assimilation of knowledge or based on a ipso facto clarification of words. Neither is it a petition of religious rights.
But believe is the ultimate reality of the Divine Father God expressed in our personal lives within reason to the evidence and truth we know in Scripture or “Canon” (Rod or measure).”

Hans Kűng wrote “Faith would only be half a thing were it to address only our understanding and reason and not our whole person, including our hearts.”
He adds further… I believe “is not just a matter of holding statements to be true, but a commitment of the whole person, not primarily to specific statements, but to the very reality of God.”
“We believe” originates from a deep “I believe” and what we believe is what ultimately unite us!

“…in God, the Father almighty, creator of heaven and earth.”
Ralph O Muncaster writes “Our faith is only as solid and true as the person in whom be base it upon.”

How do we know there is a God?

1.The Complexity of our planet points to a deliberate designer who created and sustains it.
The Earth…its size is perfect. The Earth’s size and corresponding gravity holds a thin layer of mostly nitrogen and oxygen gases, only extending about 50 miles above the Earth’s surface. If Earth were smaller, an atmosphere would be impossible, like the planet Mercury. If Earth were larger, its atmosphere would contain free hydrogen, like Jupiter.3 Earth is the only known planet equipped with an atmosphere of the right mixture of gases to sustain plant, animal and human life.
The Earth is located the right distance from the sun. Consider the temperature swings we encounter, roughly -30 degrees to +120 degrees. If the Earth were any further away from the sun, we would all freeze. Any closer and we would burn up. Even a fractional variance in the Earth’s position to the sun would make life on Earth impossible. The Earth remains this perfect distance from the sun while it rotates around the sun at a speed of nearly 67,000 mph. It is also rotating on its axis, allowing the entire surface of the Earth to be properly warmed and cooled every day.
And our moon is the perfect size and distance from the Earth for its gravitational pull. The moon creates important ocean tides and movement so ocean waters do not stagnate, and yet our massive oceans are restrained from spilling over across the continents. 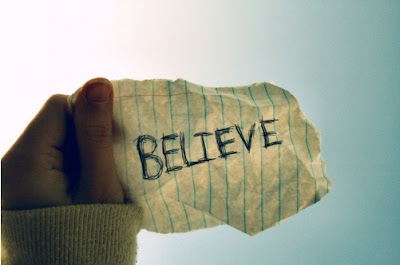 2.The Universe had a start, what caused it?
The universe has not always existed. It had a start…what caused that? Scientists have no explanation for the sudden explosion of light and matter. Julie Andrews sang a song “Nothing came from nothing. Nothing ever could.” According to the second law of thermodynamics, the universe is running out of usable energy. But if it is running down it simply means there had to be a start and it cannot be eternal. Therefore the universe must have had an origin and that origin is God not the big bang.

3.The Universe operates by uniform laws of nature. Why?• “The greatest scientists have been struck by how strange this is. There is no logical necessity for a universe that obeys rules, let alone one that abides by the rules of mathematics.”Richard Feynman, a Nobel Prize winner for quantum electrodynamics, said, “Why nature is mathematical is a mystery…The fact that there are rules at all is a kind of miracle.”

4.We know God exists because he pursues us. He is constantly initiating and seeking for us to come to him.
1 John 4:19 “We love because he first loved us.”
Jeremiah 30:21 “Who is he who will devote himself to be close to me? Declares the LORD. Malcolm Muggeridge, socialist and philosophical author, wrote, “I had a notion that somehow, besides questing, I was being pursued.”
C.S. Lewis said he remembered, “…night after night, feeling whenever my mind lifted even for a second from my work, the steady, unrelenting approach of Him whom I so earnestly desired not to meet. I gave in, and admitted that God was God, and knelt and prayed: perhaps, that night, the most dejected and reluctant convert in all of England.” Lewis went on to write a book titled, “Surprised by Joy” as a result of knowing God.

5.Unlike any other revelation of God, Jesus Christ is the clearest, most specific picture of God revealing himself to us.
Why Jesus? Look throughout the major world religions and you’ll find that Buddha, Muhammad, Confucius and Moses all identified themselves as teachers or prophets. None of them ever claimed to be equal to God.
John 10:30 Jesus said “I and the Father are one”.That is what sets Jesus apart from all the others. He said God exists and you’re looking at him. Though he talked about his Father in heaven, it was not from the position of separation, but of very close union, unique to all humankind. Jesus said that anyone who had seen Him had seen the Father, anyone who believed in him, believed in the Father.
“We believe in Jesus Christ, his only Son, our Lord.”

Augustine of Hippo (354-450) the African theologian & teacher of the Latin Church made the distinctions: “We do not believe something” (credere aliquid) or even of “believing someone” (credere alicui) but “we believe in someone.”

That is the primal word “Credo” which is “I Believe”. This is an exclusive believe in the person of Jesus in History in His Divinity in His Humanity as well as in His eternity!
Jesus said, “I am the light of the world, he who follows me will not walk in darkness, but will have the light of life.” He claimed attributes belonging only to God: to be able to forgive people of their sin, free them from habits of sin, give people a more abundant life and give them eternal life in heaven. Unlike other teachers who focused people on their words, Jesus pointed people to himself. He did not say, “follow my words and you will find truth.” He said, “I am the way, the truth, and the life, no one comes to the Father but through me.”
Jesus Christ showed God to be gentle, loving, aware of our self-centeredness and shortcomings, yet deeply wanting a relationship with us. Jesus revealed that although God views us as sinners, worthy of his punishment, his love for us ruled and God came up with a different plan. God himself took on the form of man and accepted the punishment for our sin on our behalf.

“He was conceived by the power of the Holy Spirit and born of the Virgin Mary.”

A Fact of History
Seven hundred years before the birth of Christ, the prophet Isaiah said, “Therefore the Lord Himself will give you a sign: Behold, the virgin will be with child and bear a son, and she will call His name Immanuel” (Isaiah 7:14, NASB).
The New Testament records the fulfillment of Isaiah’s prophecy:
Luke 1:27-37, (NASB). “Now in the sixth month the angel Gabriel was sent from God to a city of Galilee called Nazareth, to a virgin engaged to a man whose name was Joseph, of the descendants of David; and the virgin’s name was Mary … And the angel said to her, “Do not be afraid, Mary: for you have found favor with God. And behold, you will conceive in your womb, and bear a son, and you shall name Him Jesus… “

And Mary said to the angel, “How can this be, since I am a virgin?”
And the angel answered and said to her, “The Holy Spirit, will come upon you, and the power of the Most High will overshadow you; and for that reason the holy offspring shall be called the Son of God … For nothing will be impossible with God”
The virgin birth is set down in the Bible as an historical fact. The writers who recorded the story were Matthew -an eyewitness to the events in the life of Jesus-and Luke, the doctor, who presents many things in the life of Christ from Mary’s viewpoint. The passages in both Matthew and Luke are authentic, with no evidence at all that they were later additions to the text.
Ignatius, who lived at the start of the second century, wrote to the Ephesians: “For our God, Jesus the Christ, was conceived in the womb by Mary, according to a dispensation, of the seed of David but also of the Holy Ghost.”

A Necessary Fact of History
There are several reasons the virgin birth was a necessity:
The Bible teaches that the Word who became flesh was with God from the very beginning (John 1:1). The fact of the pre-existence of Christ is confirmed many times in the New Testament (John 8:58; Philippians 2:5-11; Colossians 1:15,16).When Jesus came into the world, He was not a newly created individual such as we are, but was rather the eternal Son of God. To be born into this world, of the virgin Mary, required divine intervention, and this is exactly what the Gospels record. Another reason Jesus needed to be virgin-born was His sinless nature. A basic New Testament teaching is that from the day He was born until the day He died, Jesus was without sin. To be a perfect sacrifice, He must Himself be perfect -without sin. Since our race is contaminated with sin, a miraculous entrance into the world would be required, hence the virgin birth. Moreover, if Jesus had been sired by Joseph, He would not have been able to claim the legal rights to the throne of David. According to the prophecy of Jeremiah 22:28-30, there could be no king in Israel who was a descendant of King Jeconiah, and Matthew 1:12 relates that Joseph was from the line of Jeconiah. Jesus would have been of the cursed lineage. The virgin birth of Christ is not only an historical fact, but it was also necessary historical fact when one considers all the data.
Selah
Rudolph P Boshoff.