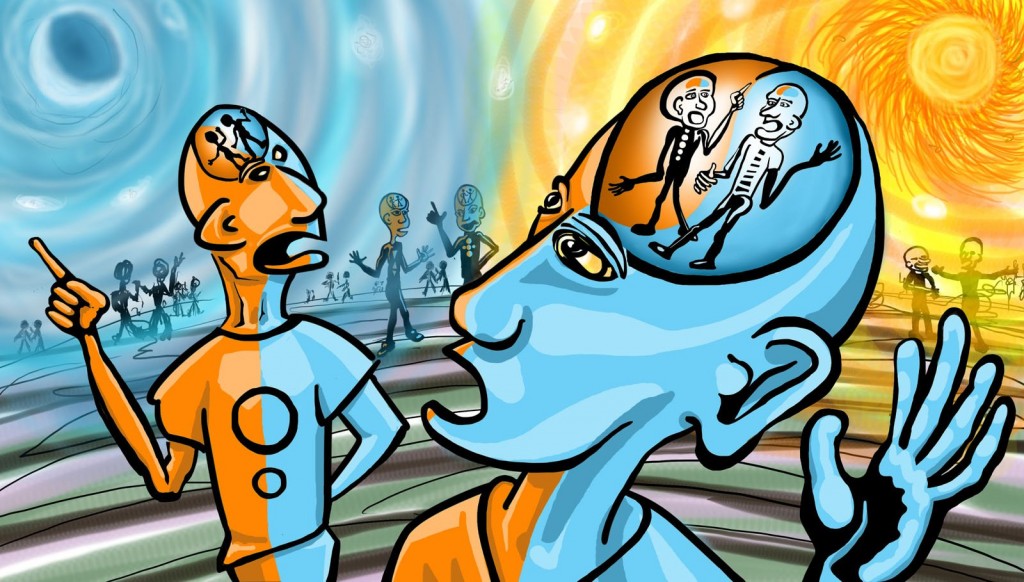 4 Minute read: Biblical Unitarianism can be broadly defined as belief in a Unitarian, Biblical God, who is a singular person, The Father, who is alone eternal. By its proponents, the belief is championed as bastion of Biblical Monotheism, in the light of “Polytheistic” Trinitarian beliefs of the Church. This article will seek to demonstrate that the doctrine of Biblical Unitarianism as held by its proponents, at the very least constitutes Functional Dyotheism (Polytheism).

Ontological Dyotheism can be defined as a belief in 2, distinct and properly divine Gods, each existing in his own, separate nature from the other, both of the natures being divine. Having a divine nature is defined as eternally (atemporally) possessing a primary nature, such that it can be described by attributes of, among others, omnipotence, omniscience and moral perfection.

Are, Biblical Unitarians, therefore “Functional Polytheists”? Well, the question can be more precisely stated by asking some other questions, number of which is extensively large, however, for purposes of the article, I will limit myself to 5:

I. Does an Omniscient being fall into a Functionally Divine Category (FDC)?

II. Does an Omnipresent being fall into FDC?

III. Does a being with authority above all authority fall into FDC?

IV. Does a being upon which believers call for salvation fall into FDC?

V. Does a being worshiped by all creation fall into FDC?

O Lord, You have searched me and known me. You know when I sit down and when I rise up; You understand my thought from afar. You scrutinize my path and my lying down, And are intimately acquainted with all my ways. Even before there is a word on my tongue, Behold, O Lord, You know it all. You have enclosed me behind and before, And laid Your hand upon me. Such knowledge is too wonderful for me;  is too high, I cannot attain to it. Where can I go from Your Spirit? Or where can I flee from Your presence? If I ascend to heaven, You are there; If I make my bed in Sheol, behold, You are there. If I take the wings of the dawn, If I dwell in the remotest part of the sea, Even there Your hand will lead me, And Your right hand will lay hold of me.”

God’s omniscience and omnipresence is in detail described by the Psalmist. Certainly, this is a clear case of a divine attribute. Is Jesus then, omniscient? Perhaps the most striking example is found in John 21:17:

John 14:12-14 states that Christ can hear and fulfil prayers of believers everywhere:

“Truly, truly, I say to you, he who believes in Me, the works that I do, he will do also; and greater works than these he will do; because I go to the Father.  Whatever you ask in my name, that will I do, so that the Father may be glorified in the Son.  If you ask Me anything in My name, I will do it.”

Furthermore, Christ is said to know all things, including the hearts of men, something ascribed only to God, (1 Kings 8:39); (Revelation 2:23). He is also said to be the only one who knows the Father and reveals him (Matthew 11:27). Many more examples can be brought, but it more than suffices to demonstrate Christ’s divine omniscience.

Is Christ, therefore omnipresent, as God is?

“I will ask the Father, and He will give you another Helper, that He may be with you forever; that is the Spirit of truth, whom the world cannot receive, because it does not see Him or know Him, but you know Him because He abides with you and will be in you.”

“I will not leave you as orphans; I will come to you. After a little while the world will no longer see Me, but you will see Me; because I live, you will live also.”

Christ as such, is present wherever the believers may be. The same is said in Matthew 18:20, where Christ says:

“For where two or three have gathered together in My name, I am there in their midst.”

Christ also states, when sending his disciples off to preach, that he is with them always, (Matthew 28:20) and previously demonstrated this knowledge and presence in many occasions, such as for example in John 1:48.

3: Moving to the third point, Christ is said to have a name above every name and authority above all authority. This is exemplified in a plethora of verses:

“And Jesus came up and spoke to them, saying, “All authority has been given to Me in heaven and on earth.”

“All things have been handed over to Me by My Father; and no one knows the Son except the Father; nor does anyone know the Father except the Son, and anyone to whom the Son wills to reveal Him.”

“For this reason also, God highly exalted Him, and bestowed on Him the name which is above every name, so that at the name of Jesus EVERY KNEE WILL BOW, of those who are in heaven and on earth and under the earth.” (Read Isaiah 45:23)

“For in Him all the fullness of Deity (theotetos, what makes God be God) dwells in bodily form,  and in Him you have been made complete, and He is the head over all rule and authority.”

4. Moving to the fourth point therefore, Christ is the being upon which Christians call for salvation.

“But what does it say? “The word is near you, in your mouth and in your heart”—that is, the word of faith which we are preaching, that if you confess with your mouth Jesus as Lord, and believe in your heart that God raised Him from the dead, you will be saved; for with the heart a person believes, resulting in righteousness, and with the mouth he confesses, resulting in salvation. For the Scripture says, “Whoever believes in Him will not be disappointed.” For there is no distinction between Jew and Greek; for the same Lord is Lord of all, abounding in riches for all who call on Him; for “Whoever will call on the name of the Lord will be saved.” (Read Joel 2:32)

Acts 7:59-60 states that Christ receives the spirits of dead Christians:

“While they were stoning him, Stephen prayed, “Lord Jesus, receive my spirit.” Then he fell on his knees and cried out, “Lord, do not hold this sin against them.” When he had said this, he fell asleep. (Read Ecclesiastes 12:7)

“Unto the church of God which is at Corinth, to them that are sanctified in Christ Jesus, called to be saints, with all that in every place call upon the name of Jesus Christ our Lord, both theirs and ours:” (Read 1 Kings 18:24).

5. Moving onto the fifth and last point, Jesus is a being worshiped by all creation.

“Then I looked, and I heard the voice of many angels around the throne and the living creatures and the elders; and the number of them was myriads of myriads, and thousands of thousands, saying with a loud voice, “Worthy is the Lamb that was slain to receive power and riches and wisdom and might and honor and glory and blessing.”And every created thing which is in heaven and on the earth and under the earth and on the sea, and all things in them, I heard saying, “To Him who sits on the throne, and to the Lamb, be blessing and honour and glory and dominion forever and ever.”And the four living creatures kept saying, “Amen.” And the elders fell down and worshiped.”

And when He again brings the firstborn into the world, He says, “AND LET ALL THE ANGELS OF GOD WORSHIP HIM.”

And finally, as previously mentioned,

“For this reason also, God highly exalted Him and bestowed on Him the name which is above every name, so that at the name of Jesus EVERY KNEE WILL BOW, of those who are in heaven and on earth and under the earth (Read Isaiah 45:23).

One can go into far more detail on the subject, listing off many more verses and indeed many more questions, but for a shorter article, this will more than suffice to demonstrate the points above outlined.

The purpose of the article was not to demonstrate Christ’s deity, rather, to demonstrate that attributes, actions and powers Christ has are those that would perfectly fall into the definition of a Functionally Divine Being as outlined above, which would make Unitarians, Functional Polytheists, rather than Unitarians.

As such, it is my proposition that Unitarianism be properly renamed, “Functional Polytheism” in light of the material presented.

May the Triune God be Glorified!

One thought on ““Biblical” Unitarianism’s Functional Polytheism by Vladimir Šušić”